Both Waclawski and Hickman are preparing for the National Ready Mixed Concrete Association’s “National Mixer Driver Championship” truck driving tournament on September 16 at National Harbor in Prince George’s County, Maryland. The driver competition kicks off the 2012 ConcreteWorks Conference & Expo, the NRMCA’s national convention. Chaney Enterprises is the host company for this event, in which more than 30 mixer drivers from around the country will compete for the “Best of the Best” title.

The truck driving competition consists of three phases. Drivers must execute driving maneuvers along a complicated field course that simulates conditions frequently encountered on highways or jobsites across the country. Next the drivers must successfully complete a pre-trip inspection on a specified vehicle; then, drivers are tested on their knowledge of operations and safety regulations. 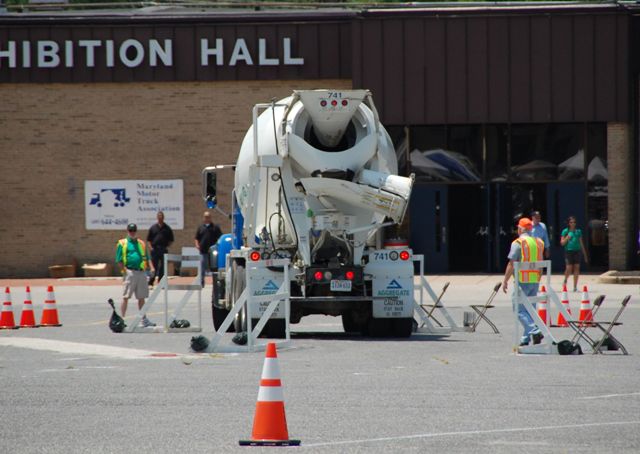 Concrete Delivery Professional Steve Waclawski maneuvers his concrete mixer through one of the complicated gates during the 2012 Maryland State Truck Driving Championship in June.


Other select news articles from 2012