Jordahl also received the Leo Curtis Award for receiving the highest overall score in the concrete mixer and dump truck classes. The award is named for Chaney Enterprises concrete delivery professional Ralph “Leo” Curtis, whose commitment to education, safety and professionalism established him as the role model for all drivers in the industry. He was the first volunteer for the company’s Mentor Driver program, and instilled in his peers a love of education and truck driving safety. During his 12-year career at Chaney Enterprises, Curtis shared his enthusiasm for his profession with children and youth in the community. He also served as a national ambassador for the truck driving industry and appeared on national television. Curtis died in November 1999.

“Leo Curtis would be as proud of our delivery professionals as I am,” said William F. Childs, IV, president of Chaney Enterprises. “This championship represents the best of the best in our industry, and this team surely demonstrates the level of excellence we at Chaney Enterprises strive for.”
The truck driving competition consists of three phases. Drivers must execute driving maneuvers along a complicated field course that simulates conditions frequently encountered on highways across the country. Next the drivers must successfully complete a pre-trip inspection on a specified vehicle; then, drivers are tested on their knowledge of safety regulations. 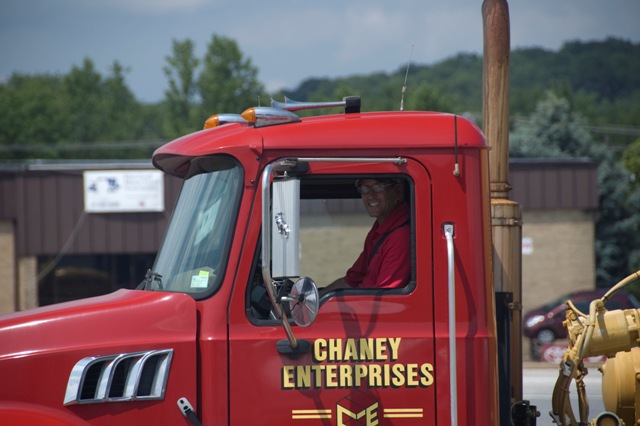