Francis “Hall” Chaney III was named chief operating Officer (COO) for Chaney Enterprises on August 1. As COO, he has overall responsibility for the safety, leadership, management and productivity of all concrete, aggregate, mining, trucking and maintenance operations for Chaney Enterprises. He is a member of the executive team comprised of the chief customer officer, chief financial officer, general manager of Rowe Materials, manager of Human Resources, Safety and Risk, and director of Information Technology and will report to the President and Chief Executive Officer.

“Hall’s unique strength is that he has been fully engaged in our industry and in our company since childhood. He gained an invaluable education over the years through family conversations, family gatherings and traveling with his father, Francis H. Chaney II, the chairman of the board, and in his interactions with our company,” said William F. Childs, IV, president and CEO for Chaney Enterprises.

Before working full time for Chaney Enterprises, Hall Chaney was an assistant project manager for Reliable Contracting of Millersville, MD. He was later promoted to project manager, overseeing more than $25 million in site development projects, including Quarter Field Crossing, a 113-acre mixed use property located in Severn, MD.

In 2008, Hall Chaney returned to Chaney Enterprises as project manager for Land and Development and was responsible for development projects of the more than 11,000 acres comprising the company’s properties, including the daily management of North Point, a 343-lot subdivision in Waldorf.

Hall then transitioned to sales and business development, where he developed relationships with more than 800 customers, which successfully facilitated sales volume increases in concrete, sand, gravel, stone and Concrete Store products throughout the region. He is also a recognized advocate for Pervious Concrete and concrete paving.

Hall is a member of the National Honor Society, the Urban Land Institution and a member of Annapolis Mayor Josh Cohen’s community fund advisory board. He is a co-founder and chair of the Anne Arundel County Next Gen Organization, and has been nominated to the Associated Builders and Contractors Board of Directors. An avid golfer, Hall was won the Maryland State Junior Amateur Championship. 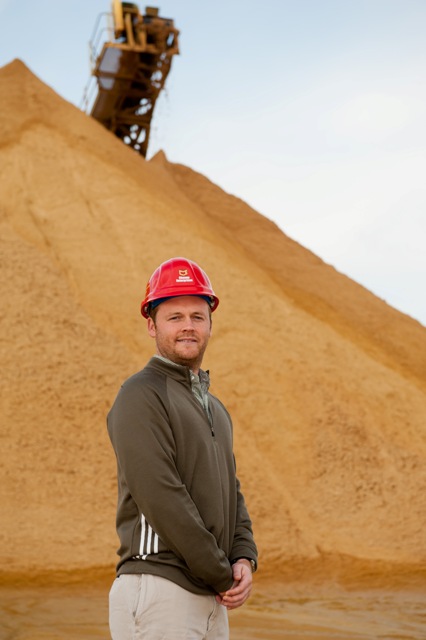 Francis “Hall” Chaney III became chief operating officer of Chaney Enterprises on August 1, and is responsible for the overall safety, leadership, management and productivity of the company’s concrete