Chaney Enterprises today announced the promotion of Tiffany Sirikoun to the position of Operations Project Manager for the concrete manufacturer and aggregate supplier.

Prior to her new position, Sirikoun served as project manager at Chaney handling a range of assignments from running ready-mix plants to work in connection with the National Ready Mixed Concrete Association (NRMCA) Green Star Certification and for a NRMCA Quality Management System Certification.

“Since joining Chaney, Tiffany has spent time in all aspects of the company and has demonstrated an innate ability to pick up on trends, depict process issues and make detailed suggestions for improvement for some of the most critical elements of our operations,” said Francis “Hall” Chaney, chief operating officer. “Her willingness to become involved in projects at all levels is essential and her ability to work through process issues is key to her earning new responsibilities as operations project manager.”

A resident of Annapolis, Md., Sirikoun holds a bachelor of science degree in Concrete Industry Management from Middle State Tennessee University. Prior to joining Chaney in 2011 she held a one-year internship at the Tennessee Ready Mixed Concrete Association. 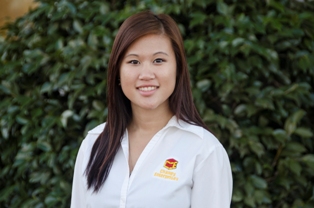