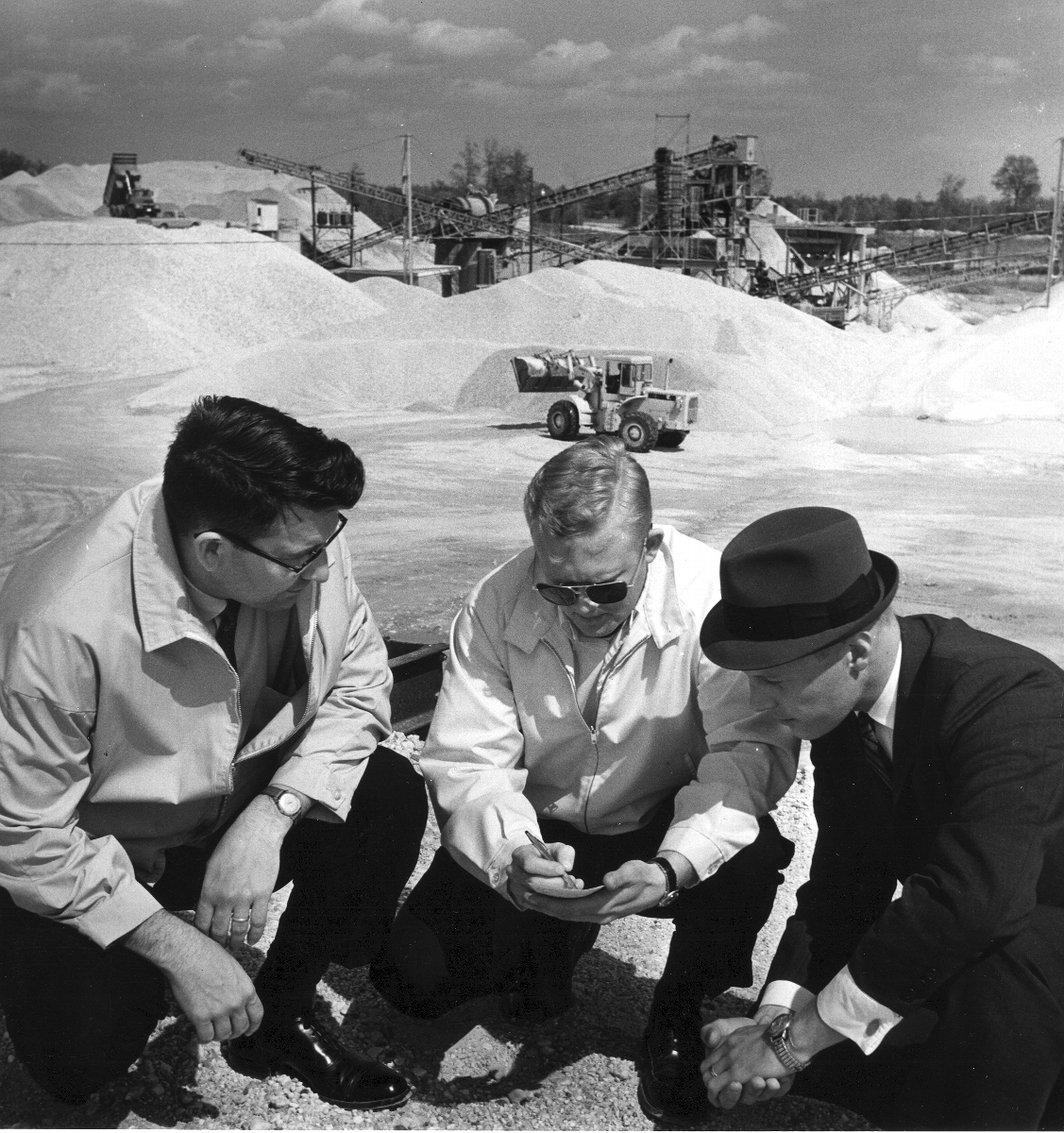 From small beginnings, Chaney Enterprises now operates in three states and is the construction material supplier of choice throughout our market area. This comes from a firm commitment to a clear vision and mission.

At a very young age, Eugene “Babe” Chaney was driven by an entrepreneurial spirit ---- whether it was delivering vegetables in Baltimore as a young teenager, or as a high school student hauling gravel in a one truck operation well into the night and early morning.

Eugene Chaney started in the 50’s by taking a chance on bidding a contract in Prince Georges County. It was a chance because he did not have any equipment and was not fully educated on this industry. Well, he got the contract and therefore had to perform. So, he borrowed enough money to buy 5 pieces of equipment. His goal was to fulfill this contract and then become the best in the sand and gravel business in Southern Maryland. This contract was successfully completed, so he went on to develop a vision of what his new company would look like in the future. He created the vision of a full service construction materials supplier in Southern Maryland. Through the work of himself and his family, they created what you see now as Southern Maryland’s full service construction materials supplier. Charles County Concrete and Charles County Sand & Gravel, later changed to Chaney Enterprises, started with a dream from a man named Eugene “Babe” Chaney in 1962, more than 50 years ago.

While Mr. Chaney is no longer with us, his entrepreneurial spirit and hard work ethic are still part of the company’s culture and driving the company forward. He set the tone which has made Chaney Enterprises an industry leader on the local, state, and national level. The Chaney family is still actively involved in the operations and direction of the company.

Since the early 2000’s, Chaney Enterprises has seen tremendous growth in their geographic service areas and capabilities, while staying true to their roots. With the acquisitions of Howlin Concrete, Rowe Materials and PCS Concrete, Chaney is able to reach customers as far east as Ocean City, MD, as far west as Bealeton, VA and as far north as Baltimore, MD. Additionally, Chaney Enterprises can service the entire Mid-Atlantic Region with aggregates using their barge based in Seaford, DE and their gravity bottom drop style train based in Waldorf, MD.

Additionally, Chaney Enterprises announced a new retail venture in 2018, BuilderUp, which was formed with the merger of Dunkirk Supply and The Concrete Store. The merger allowed Chaney to begin operating two retail locations and one manufacturing location in Southern Maryland. BuilderUp provides building supplies and materials in the Maryland, Delaware and Northern Virginia areas such as roof and floor trusses, insulated concrete forms (ICF), lumber, windows, doors and concrete paving materials for contractors. From its headquarters in Gambrills, MD, Chaney Enterprises operates over two dozen ready-mixed concrete plants, nine sand and gravel facilities and 3 BuilderUp locations.